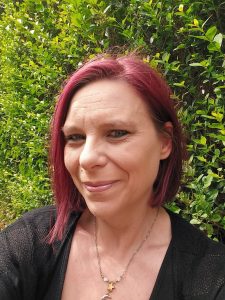 Wendy Cheverton is a hypnotherapist and the owner of Vale Hypnosis, based in Wantage, Oxfordshire. She has an interest in helping people with Anxiety, Stress and PTSD break free from these debilitating conditions and live a full and happy life. Wendy qualified in 2021 following intensive training with the UK Hypnosis Academy.

Before training as a hypnotherapist, Wendy worked in community, urgent and emergency care with Oxford Health NHS foundation trust and South Central Ambulance Service. Having 15 years of experience within the NHS, Wendy has worked with all sections of society and is confident in dealing with situations of a sensitive and emotional nature. Wendy worked throughout the pandemic, leaving the service in March 2022 to concentrate on Vale Hypnosis. She understands the pressure that NHS staff work under, and the confidential and sometimes distressing nature of their work. Wendy has always had an interest in alternative methods when it comes to physical and mental health. She believes that we can be powerful creators of our health and well-being.

Wendy also enjoys making intricate wirework jewellery, which she finds allows her to de-stress and keep her mental health in good order, something that is vital for any therapist. When Wendy is not working with clients or at her bench making jewellery, she can be found in a music venue, often with a handful of young people around her. She is married and has a son of 22.

About Vale Hypnosis and why Wendy chose hypnotherapy

When Wendy was 15 her world fell apart, her parents separated and her mother moved out of the family home. Wendy’s father worked long hours in London, leaving before 7 am and often not getting home until after 8 pm. A short time after the separation her father began to spend a few nights a week with his new partner, leaving her for long periods when she had to look after herself. Her mother had also moved on with a new partner and had little time for her daughter. No one considered the impact this was having on Wendy at her relatively young age.

On her 16th birthday, she woke to an empty house, no one to wish her a happy birthday, no cards, no presents. Arriving at school that morning one of her friends said happy birthday and she collapsed in tears. Sobbing incoherently she was taken to the school office, where an unsympathetic and annoyed secretary put her in an empty room and told her to join classes when she had stopped crying.

She was completely and utterly alone, unseen, unheard, forgotten and abandoned.

At that moment she decided that she would deal with everything by herself, she had no one who she could turn to or rely on.

Over the years this turned into anxiety, a fear of doing or being anything that would make other people turn away from her. Going out of her way to be what other people wanted her to be just so that they wouldn’t leave or be angry with her. She also developed a defence mechanism within the anxiety that would manifest in passive-aggressive behaviour, perpetuating the cycle. Wendy tried to make the world around her better by “fixing” other people, instead of healing herself.

In her early 20s, she met and married a man who would go on to mentally and emotionally abuse her because of his deep-seated fear of abandonment. Within this relationship, Wendy had her son. She quickly realised that she couldn’t allow her son to grow up in a home with 2 deeply unhappy parents. Bracing herself for the inevitable backlash, Wendy left her husband and spent the next 4 years as a single parent. All the while encouraging her ex-husband to seek help for his controlling behaviour and abandonment issues.

It was in 2005, at a kid’s Halloween party, that she met her (long-suffering and wonderfully supportive) husband Mark. They married in 2010 and then in 2012 Mark was diagnosed with Ulcerative Colitis, a serious bowel disease. After 5 years of stress, worry, failed medical treatments and countless hospital visits, Mark had emergency surgery to remove his bowel. He is now well, able to work and plays football once a week.

All these experiences, lead Wendy to search for something that could lift the pain she was carrying and resolve the anxiety and passive-aggressive behaviour. She wanted to be more herself and less the person that circumstance and other people had made her. Wendy tried many traditional approaches, counselling, mindfulness, yoga and several different forms of meditation. She realised that while these are all good ways of dealing with stress and anxiety, they don’t get to the root of the problem.

Then she found Karl Smith and was blown away by the results he was getting with his hypnotherapy clients. Wendy booked herself onto his UK Hypnosis Academy hypnotherapy diploma course. During the course, she released many of the emotions that had been keeping her stuck in the old cycle. She was finally free to start finding out who she was and start living the way she wanted to. Wendy has since helped many individuals break free of the past that’s been holding them back. 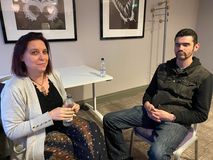 The hypnosis Wendy practices is content free, meaning that you do not need to speak about anything that you do not want to. Being content free means that each session is fully flexible and can be altered or changed to be as effective as possible. We work on whatever comes up during your session. Wendy also uses techniques to assist with shifting the stuck negative energy alongside pure hypnosis. She is proficient in working with Kinetic Shift and Emotional Freedom Technique (EFT) and is currently working towards a qualification in the Energy Alignment Method. Everything that is discussed within the session is fully confidential. Having spent 15 years working in emergency and urgent care within the NHS, there is very little that Wendy hasn’t had an experience of.

Please get in touch for an informal chat to see how hypnosis and Wendy can help you break free.

I would definitely recommend Vale Hypnosis.

Wendy was easy to communicate with before our session. She put me at ease when we met and the work… Read more “I would definitely recommend Vale Hypnosis.” 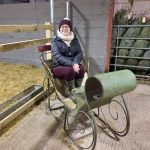 Friendly communication made the session all the more enjoyable

Have just finished my first session and I am very pleased. From the first contact, Wendy has been very informative… Read more “Friendly communication made the session all the more enjoyable”

Rachel 'Spatch' Rutterford
We use cookies on our website to give you the most relevant experience by remembering your preferences and repeat visits. By clicking “Accept All”, you consent to the use of ALL the cookies. However, you may visit "Cookie Settings" to provide a controlled consent.
Cookie SettingsAccept All
Manage consent

This website uses cookies to improve your experience while you navigate through the website. Out of these, the cookies that are categorized as necessary are stored on your browser as they are essential for the working of basic functionalities of the website. We also use third-party cookies that help us analyze and understand how you use this website. These cookies will be stored in your browser only with your consent. You also have the option to opt-out of these cookies. But opting out of some of these cookies may affect your browsing experience.
Necessary Always Enabled
Necessary cookies are absolutely essential for the website to function properly. These cookies ensure basic functionalities and security features of the website, anonymously.
Functional
Functional cookies help to perform certain functionalities like sharing the content of the website on social media platforms, collect feedbacks, and other third-party features.
Performance
Performance cookies are used to understand and analyze the key performance indexes of the website which helps in delivering a better user experience for the visitors.
Analytics
Analytical cookies are used to understand how visitors interact with the website. These cookies help provide information on metrics the number of visitors, bounce rate, traffic source, etc.
Advertisement
Advertisement cookies are used to provide visitors with relevant ads and marketing campaigns. These cookies track visitors across websites and collect information to provide customized ads.
Others
Other uncategorized cookies are those that are being analyzed and have not been classified into a category as yet.
SAVE & ACCEPT